Individual investors are at their most pessimistic levels since March of 2009, according to a survey released by the American Association of Individual Investors. According to the survey, 61% of respondents felt the stock market was likely to drop further within the next 12 months. This sentiment appears to mirror what we’ve noticed during conversations with clients, neighbors, and friends. In these conversations we’ve noticed fear, anxiety, concern, and a lot of uncertainty – which is completely normal in a market when major indexes are down more than 20% on the year.

There’s a saying that things are often “darkest before the dawn.” Go outside around 4:30 in the morning and it’s almost completely black outside. But if you’re willing to wait – chances are the sun will begin to rise and light dawns on another day. The big difference is that the sun typically rises around the same time each day, while we can’t say for sure when the tide will turn in the stock market, or when inflation will start to wane. Unfortunately, our crystal balls don’t give us a timeline on when things will turn, but we are confident that in time, they will. Consider what we saw after a deeper look at the data referenced in the survey above. The chart below looks at the five times prior to 2022 when Bullish (positive) sentiment was below 20% (meaning negative and unsure sentiment was at least 80%), and how the S&P 500 performed following those surveys.

Does this mean we are on the doorstep of another bull market that will last years into the future? There is no way to know. In every situation referenced above, the circumstances leading markets to drop significantly was different. This one is different, too. As the Federal Reserve continues to raise interest rates to try and bring inflation under control, there’s no telling how long it could take for the tide to turn.

However, as history has shown us time and time again, markets rise and fall. Circumstances are always different, but investor behavior is often quite similar. Those owning quality investments, who are willing to be patient, are often the ones rewarded most when the dust has settled.

Equity markets aren’t alone in their turbulence this year. Rising interest rates have caused major shifts in the bond market, and bondholders haven’t been exempt from the ups and downs. Bond prices tend to drop in periods of rising rates, and if you own bonds, you may have noticed this recently. Keep in mind, that individual bonds will pay the bonds’ face value back to the bondholder, as long as they are held to maturity. While the current environment has made for some turbulence in bond prices, income-seeking investors can be rewarded for patience in holding individual bonds to maturity. We recently had an in-depth conversation about bonds on our podcast, Wade Into Wealth. You can find that episode, which delves into the risks, rewards, and potential opportunities for investing in bonds below.

The Waiting is the Hardest Part

Tom Petty may have said it best in his 1981 hit, “The Waiting.” When uncertainty abounds at nearly every turn, we are often left wondering, what actions we should be taking to help turn things around. The fear and anxiety of declining investments is real – and the feeling of not having control makes it even worse. This can sometimes lead us to make choices we later regret (See Wade Into Wealth Episode 88 below).

Keep in mind, that when we preach “patience,” it is much easier said than done. Choosing to stand pat and do the average thing while the world around us seems to be going crazy isn’t easy! But - choosing “no action” instead of “action” is a choice, and an action in itself. And while in the moment it may seem difficult, or even impossible – those willing to stand pat and exercise patience are those most often rewarded in the end.

We’ve discussed a number of topics in recent episodes of our podcast.

Our podcast is now on YouTube as well – if you’d prefer to watch video of our weekly episodes, you can subscribe to Wade Into Wealth on YouTube. 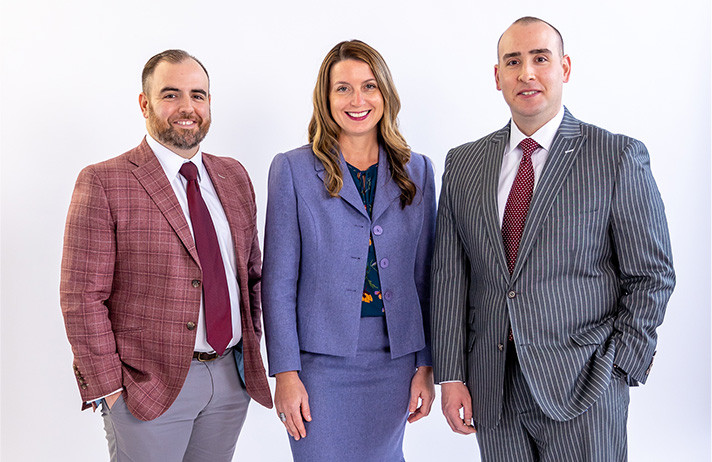