The merger between U.S. Airways (LCC) and AMR Corporation (AAMRQ) has finally been approved by the U.S. Department of Justice. The result is American Airlines Group, Inc. (AAL), which will be traded on the NASDAQ stock exchange. American Airlines Group will unseat United Continental as the world's largest airline.

Do you own shares of U.S. Airways or AMR Corp.? The existing stock will be cancelled and new shares will be issued according to the merger agreement. Recent airline mergers have proven very bumpy. Delta merged with Northwest in 2008 and United merged with Continental in 2010, in each case costs were much higher than expected. 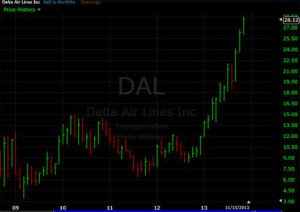 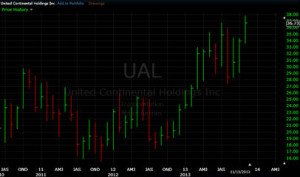 Will the merger between U.S. Airways and AMR follow suit? Only time will tell; in both cases there was turbulence before reaching a comfortable altitude. The announcement of the new ticker symbolizes the passengers boarding the airplane as the company prepares to take flight from the NASDAQ runway.