A recent Bloomberg article interviewing investment giant Jack Bogle, founder of Vanguard has been making the rounds in the investment community. The buzz is the result of comments made by Mr. Bogle stating that he does not, and has no interest in investing outside of the U.S.

Mr. Bogle states "I wouldn't invest outside the U.S. If someone wants to invest 20 percent or less of their portfolio outside the U.S, that's fine. I wouldn't do it, but if you want to, that's fine." The interviewer asked if he had ever invested in international markets. He replied; "Not really. Other than when I had small amounts when we launched [Vanguard] International Growth and the [Vanguard] International Index fund..." Later he adds "I'd keep it simple and have my money in the S&P 500 or a broad market index, and the rest in the in a bond index."

These comments essentially kicked the hornet's nest that is the financial blogosphere. Even investment professionals that have a huge amount of respect for Mr. Bogle found it difficult to get behind these comments.

One investment researcher and blogger states, "Diversification is the only free lunch in investing. Why anyone would deliberately ignore the opportunity to invest in fifty percent of the global market cap is beyond my comprehension. I agree with ninety-nine percent of Bogle's investment philosophy but in this case, he's plain wrong, stay global." He continues to argue that even if international returns aren't any higher than those of the U.S, and come with additional risks, you still benefit from the fact that different markets are going to be up or down at different times. Owning a global portfolio will help smooth out volatility as different markets take turns leading or lagging and we can't know exactly when they will pass the baton.

I agree, but I didn't write this simply to take sides. The entire time I was reading this, all I could think was that this entire argument is moot. Mr. Bogle is in fact an international investor, as is anyone who owns anything resembling the S&P500 index. Below is an image taken from a Business Insider article citing data sourced from Goldman Sachs.

We live in a globalized economy. The S&P500 represents the 500 largest publicly traded companies in the U.S. As of 2013, 34% of component companies' revenues were derived outside of the U.S. Admittedly; this is different than owning companies domiciled outside of the U.S. However, these companies are still exposed to the currency and political risks (at least for that portion of their revenues) that Mr. Bogle is suggesting that we avoid all together.

At the end of the day you might argue in favor of staying home and owning what you know. Or, you may favor the diversification that comes with investing globally. Either way, in this day and age, there is no practical way to completely avoid international exposure. Whether you like it or not, it's a moo point. 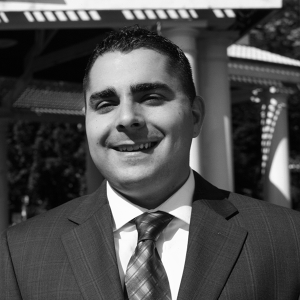