There has been quite a lot of hype about Apple recently. The biggest hype perhaps is the potential unveiling of the new iPhone 6 and possibly even an "iWatch" in Northern California. This will mark the first time new CEO Tim Cook has completely overseen a new Apple product from start to finish. Although no one really knows exactly what to expect in the new devices, I'm confident that Apple will live up to its reputation and continue to impress us all.

It's true that there has been a lot of negative press over the apparent hack in Apple's iCloud security, particularly involving certain celebrities' private photos. Apple's CEO Tim Cook recently stated that none of the Apple IDs and passwords leaked from the company's servers. The celebrities' iCloud accounts were compromised when hackers were able to correctly answer certain security questions to obtain the account passwords. A few celebrities may also have been deceived by a very convincing fake message that appeared to come from Apple requesting they send personal account information. This allowed the hackers to have access to the celebrities' phones and photos. This kind of breach can happen to any company and Apple plans to take additional steps to keep hackers out of user accounts by utilizing alerts and push notifications when there is suspicious activity in a user's account.

When considering a company's future performance, it's often a good idea to look at that company's track record. Apple has an impressively consistent history of innovation and novelty. It has a brand name second to none and a devout following that borders on the line of obsession. Not many companies have tents lined up outside their stores a week before their newest product launch. Apple's balance sheet is also very strong and their stock is fairly priced based on the company's earnings. Apple has a good exposure in the developing world and I believe is poised for some real growth in various emerging markets. If you would like to learn more about Apple from an investment standpoint feel free to reach out to me. 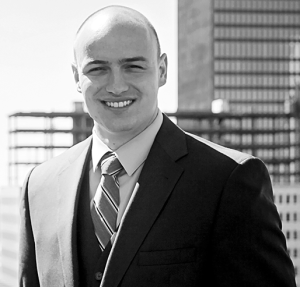