Are we in a Recession?

Here is a question we’ve been getting a lot. Everywhere we look—radio, television, social media—we see headlines and conversations about being in a recession. I’ve seen varying levels of concern and bias, including talks of the US dollar’s impending collapse. As we all know, we can trust and believe everything we read on the internet, especially when its source is social media.[i]

The textbook definition of a recession is “a period of temporary economic decline during which trade and industrial activity are reduced, generally identified by a fall in GDP in two successive quarters.” As of July 28th, Gross Domestic Product has fallen for 2 consecutive quarters.[ii]

The Federal Reserve has continued to raise rates in order to fight the 4-decade high rate of inflation, and as signs of an economic slowdown start to show, the definition of a recession gets blurred.

More data is needed to identify the start of a recession, and often times we don’t know that we’re in a recession until we’re already a few months in.

It’s plausible that we’re currently in a recession and have even been in one for weeks now. One thing to keep in mind before panic sets in is that statistically, the market is down 1 out of every 5 years. We saw a short 2-month blip at the start of the pandemic, but we recovered quickly. Before that, we hadn’t seen a downturn in the market since 2009.

What I am trying to say is that we’ve seen more good years than bad, and we’ve made it through all of them. If we focus on investing long-term, we shouldn’t be as concerned with the possibility of a recession as the media would like us to be.

The key here is to make sure that you are in a good position for when the market rebounds. Many people are selling their positions in the market and holding their money in cash. While we know your cash won’t go down in value, we also know it won’t go up. If we’ve lost 15% in the market and moved everything to cash, we’re solidifying our 15% loss. Also, as inflation continues to raise, we begin to lose purchasing power because our cash won’t buy the same amount of goods as it once did. A prime example of this is gas and groceries.

If you have questions or concerns, now is a good time to consult with a Financial Advisor. Feel free to contact me today! 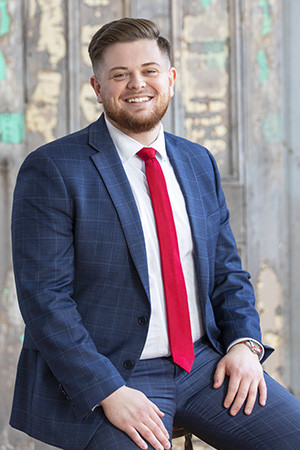 [i] This is sarcasm, please do not believe every word you read on the internet without doing your own research.