You can rest a bit easier when it comes to thinking about your readiness to retire, at least for a moment. This week’s reveal of the much-anticipated Republican tax bill is leaving the pretax 401(k) contribution cap at $18,000 after much speculation that the pretax cap would be reduced as low as $2,400 per year. Hey, Congress – thanks!

One of President Trump’s biggest platform pieces was the promise to reduce taxes for corporations in the United States, which would allow them to keep more profit, while enticing companies headquartered overseas to come back to the United States. Included along with that, the goal of every politician since the dawn of time – reducing taxes for the American middle class. Sounds great, and who among us wouldn’t like to see taxes fall? Here’s the rub – cutting taxes for individuals and business is a strong idea in theory – but the lost tax revenues have to come from somewhere else, which in this case, means finding a way to make up for the $1.5 trillion in lost tax dollars.

Enter the brilliant idea to slash the pretax 401(k) contribution limit from $18,000 (for those under age 50) to $2,400. The idea wasn’t to stop you from putting money into your 401(k), but removing the amount you could put in that wouldn’t be taxed, therefore reducing your income, and your tax obligation to Uncle Sam. A recent study showed that two-thirds of Americans aren’t even using their 401(k), forget making the maximum contribution. Of those making less than $50,000 per year, only 4% are making the full contribution. Income from $50,000 - $100,000? The number rises to only 11%. You could easily argue that those most hurt by this change would be wealthier Americans earning over $100,000/year, the group most likely to save the full amount.

In my opinion, the most important thing to consider in this case is the psychological impact a reduction in pretax contributions would have. It’s reasonable to think that if people see the government reducing the amount you can save and not pay taxes on, the assumption could be made that you don’t need to save as much as you might have otherwise. Often the numbers and limits placed on retirement savings are taken as advice or guidance, which isn’t the case. Hats off to Congress on this one, leaving the 401(k) pretax contribution cap at $18,000 was a wise move.

Some other bullet points to consider from the recently unveiled tax plan.

With any piece of proposed legislation, it is just that – a proposal. Before becoming law approval must be granted by both the House of Representatives and the Senate before being signed by President Trump, who said he wants this done by Christmas. Time will tell. For now, it appears however that your ability to save pretax dollars in your 401(k) will remain into the future – and that’s a good thing. 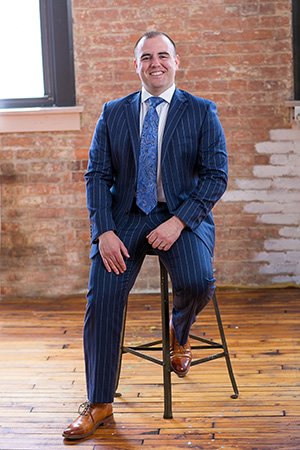 We place you at the center of your financial plan.